A man was arrested for a prank email about a possible hijack of an airline flights. 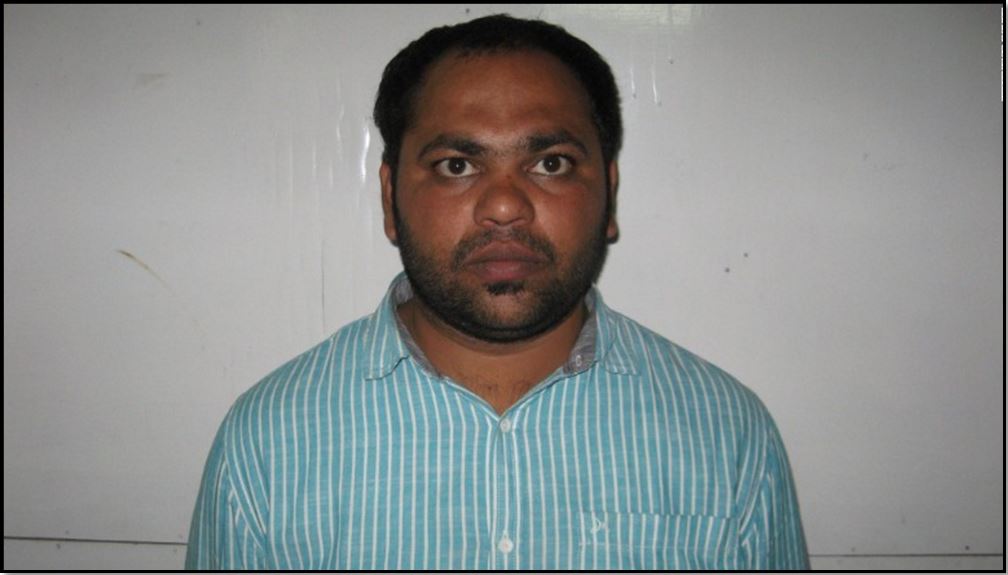 Mugshots of Motaparthi Vamsi Krishna after his arrest

Four days ago, Motaparthi Vamsi Krishna, 32-years-old from Miyapur, Hyderabad was arrested for a hoax email about hijack of flights. Krishna makes up hoax emails to avoid his other woman’s demand for a holiday in Mumbai and Goa.

Police confirmed that Motaparthi is a commerce graduate who works as a travel agent. He was arrested from his home at Miyapur on the outskirts.

Hyderabad deputy Task Force B Limba Reddy said, “Investigations revealed that Motaparthi had sent the email to Mumbai police from a fake account in the name of a woman, raising a false alarm with an intention to delay flights in Hyderabad, Mumbai and Chennai airports.”

Motaparthi is married and has two children. But he was having an extramarital affair with a girl in Chennai, police said.

Reddy added, “He was to trying to avoid his girlfriend who was pestering him to take her to Mumbai and Goa for a holiday.”

Motaparthi actions are due to financial problems.

Motaparthi created a fake flight booking on her name on April 16 from Chennai to Mumbai, and sent the air ticket a day before.

Since he would be exposed if she tried to board the flight with the fake ticket, Vamsi went to an internet centre at Madhuranagar on April 15 and sent a mail to Mumbai police through a fake email, [email protected].

He wrote that he overheard six unidentified teens discussing at a restaurant in Hyderabad over lunch about their plan to hijack three flights in Hyderabad, Mumbai and Chennai.

He said the teens were planning to depute 23 hijackers in separate groups from Hyderabad and board three flights in the three cities.

Airport authorities, immigration and Mumbai police held a meeting after getting the mail. Security was beefed up at Hyderabad, Mumbai and Chennai airports.

The CISF, which guards 59 airports in the country, set up additional security measures and alerted its officials to be extra vigilant in and around terminals at Mumbai, Chennai and Hyderabad airports.

In the meantime, Mumbai police traced the source of the email to Hyderabad and alerted city police commissioner M Mahender Reddy.