A Hudson Falls man who was on trial for child sexual abuse pleaded guilty during his trial Tuesday after a strange turn of events involving a juror in the case.

Lawrence “Ox” Loveday pleaded guilty to first-degree sexual abuse, a felony, after concerns were raised about a juror in his case being seen leaving the court complex with a court stenographer during the trial’s lunch break on Tuesday.

The stenographer was a friend of the juror’s, and was not working on the trial but had been in court to make the record at prior court appearances in the case.

A state court security officer spotted the two leaving the courthouse together, which led to an inquiry and determination that they had lunch together Monday and Tuesday, officials said.

Not only had the juror had contact with a court employee during the trial, but she hadn’t informed the court that she knew anyone who worked at the courthouse, Messersmith said. A standard question during jury selection is whether a prospective juror knows anyone who works in the court or criminal justice systems.

Judge Kelly McKeighan was considering the mistrial request when the defense and prosecution worked out a plea agreement. 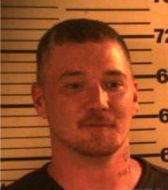 Loveday, 38, had been indicted last fall for having sexual contact with a 7-year-old in Hudson Falls in 2015. A Washington County jury was seated Monday, and testimony was ongoing Tuesday until the juror issue arose.

Loveday had been offered a plea agreement that included a state prison term, but after Tuesday’s development and the concerns about a possible mistrial, he agreed to a disposition that will include 10 years on probation. He will also have to register as a sex offender.

Washington County District Attorney Tony Jordan said there were a number of legal issues at play once the juror conflict was noted.

The victim had testified, and his office didn’t want to make her do it again if a mistrial was declared, or if any convictions were overturned on appeal because of the juror conflict.

“In the end, he admitted that he did what she said he did, he is going to be supervised for 10 years and will have to register as a sex offender,” Jordan said. “If he violates probation, he faces a prison sentence.”

He said the contact between the juror and stenographer “was not malicious” but seemed to be a mistake and lapse of judgment.

He is free, pending sentencing Feb. 10.

Can you friggin believe it?