A paddleboarder and a swimmer were enjoying the day at  Injidup Bay near Yallingup, in Western Australia, while photographer Joel Nankivell was snapping shots with a drone.  During shooting, he noticed something in the water just meters away from the paddleboarder and flew his drone in close to try to warn him of the danger ahead.  It wasn’t until he checked out the photos later that he noticed a swimmer in the same area with absolutely no protection.  Neither one knows how close to death they had come.

‘I thought he was first in danger before that wave came, because he was sitting on his paddleboard with his feet in the water,’ Mr Nankivell told Daily Mail Australia.

‘There’s photos of him sitting in the water with his feet dangling with the shark really close. I thought if he runs into the shark he could be in trouble.’

Incredibly, only when looking at photos later did Mr Nankivell notice another man, laying on his back in the crystal clear water seemingly oblivious to the shark nearby.

Despite the scary incident, the keen photographer said it won’t stop him going down to the ‘beautiful’ beaches on the southwest coast of Western Australia. 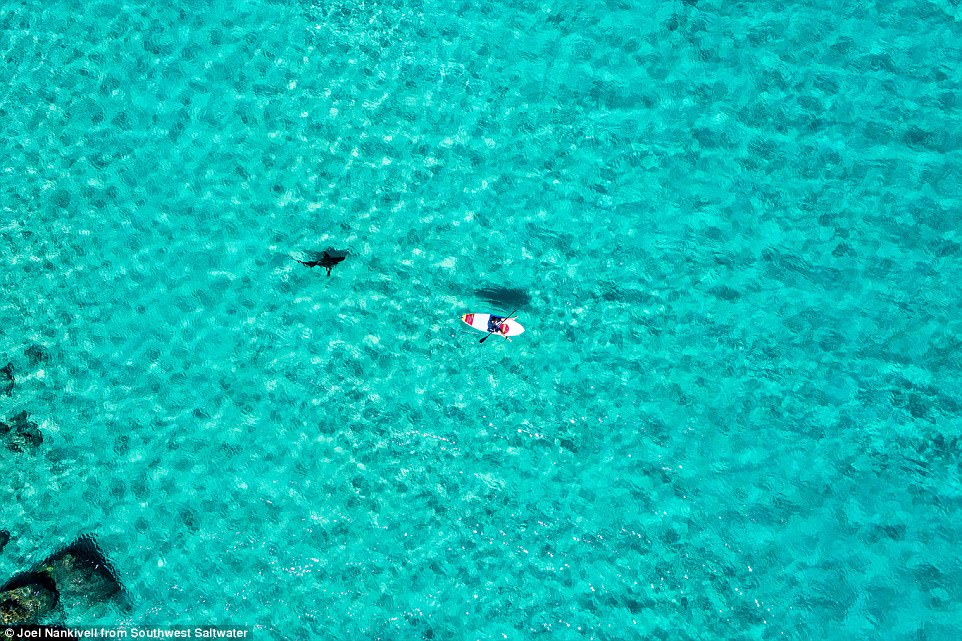 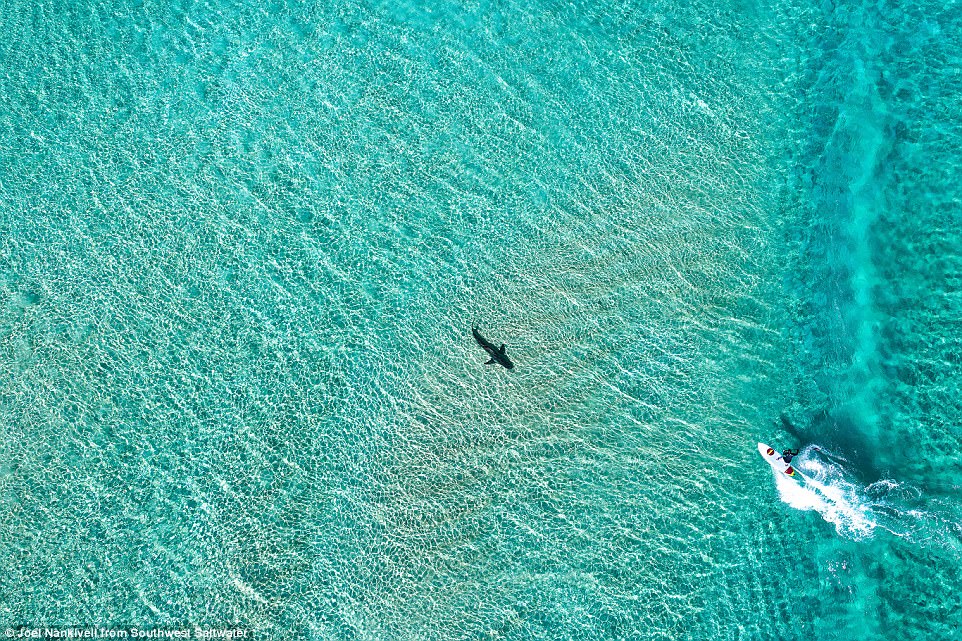 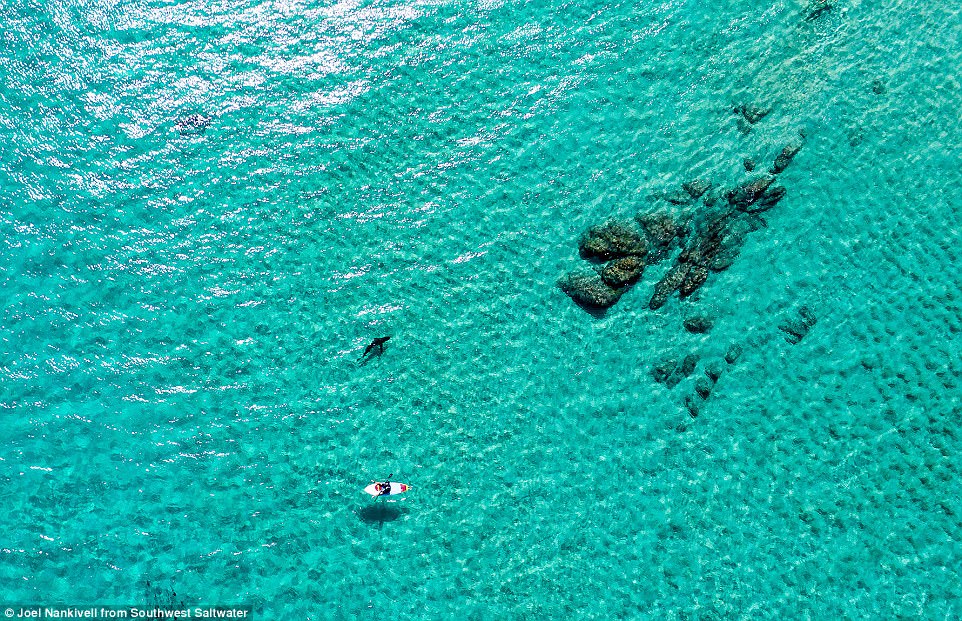 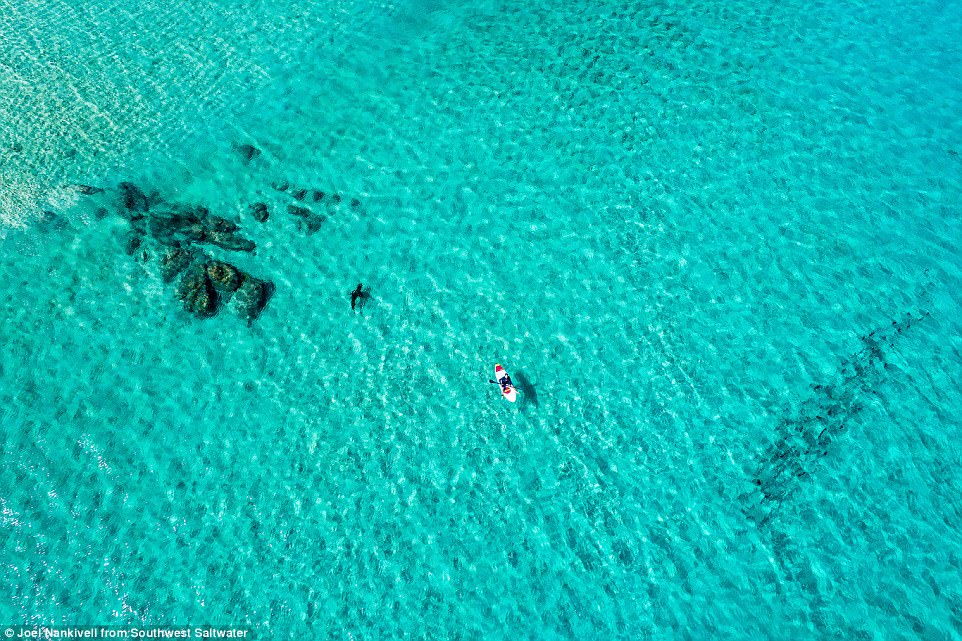