A trucker was driving on Interstate 80 when he saw a sign prohibiting tractor trailers because of the high winds.  It’s a sign he has probably seen dozens of times and just like those other times, he kept right on driving.  Wind can be a major problem along that stretch of Rte 80.  I know because I have driven it.  The land is flat and there is nothing to slow down the wind and even in a car, you can feel the wind trying to move you around.  For SUVs, vans and tractor trailers, the effects are much worse.

This trucker probably had to fight his trailer every step of the way until a burst of wind traveling at 70 MPH caused the trailer to roll over and take the truck with it.  Then it gets worse.  What’s worse than having your truck and trailer roll over on it’s side?  This is: 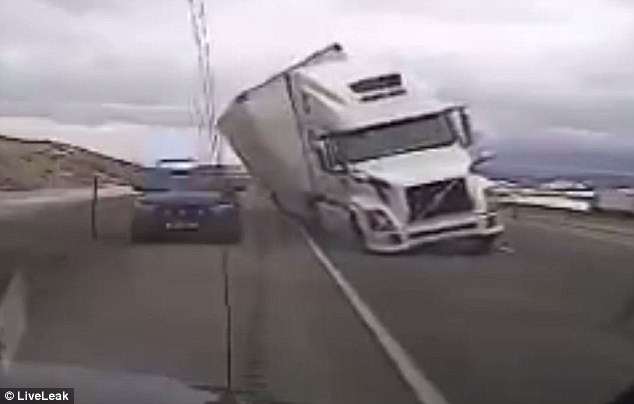 Of all the places to overturn, he had to overturn on a state trooper’s car.  Fortunately, the officers were out of the car, helping the passengers of cars that suffered mishaps and they were not hurt.  The two people inside the semi were also fortunate to escape without a major injury. 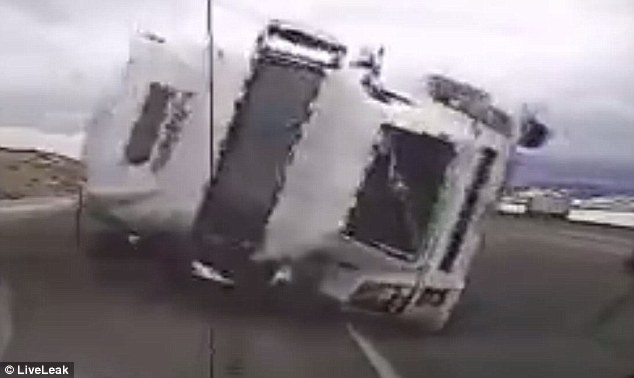