For months, we have heard how the Democrats would never steal an election, and that they are the ones to uphold the utmost election integrity standards.

Well, that is a hard pill to swallow considering what was just caught on video in California.

Two women were caught in California, stealing Gavin Newsom recall ballots in the state of California! Yep, they were caught live on camera doing the very thing that the Democrats claim they are totally against, and proves just yet again how they lie every single time they get a chance to.

Let’s take a look at these two, shall we?

2 women with a post office master key are caught on camera stealing what appears to be California recall election ballots at an apartment complex in Valley Village. Are they just targeting ballots or stealing all mail. What are your thoughts?
🎥 @streetpeopleoflosangeles pic.twitter.com/eeuybEzzag

2 women caught on camera stealing CA Gov. Recall Election ballots out of apartment mailboxes using a USPS master key to open the entire mail box at once. This was in Valley Village earlier this week. Another man was caught with hundreds of ballots in Torrance as well. pic.twitter.com/5TU1xc2KzP

Is Mail In ballot stealing going on? Will it effect Gavin Newsom's recall? We will see.

I live in Torrance CA and that case were the felon had a loaded gun and all those ballots is very unsettling pic.twitter.com/5bqxvL0RzJ

There is already concern about voter fraud in the recall election.

Because many of the mail-in ballots and envelopes that have been sent out have holes in them!

The Los Angeles County Registrar-Recorder/County Clerk office quelled concerns that mail-in ballots for the upcoming recall election of Gov. Gavin Newsom are vulnerable to fraud due to two holes on ballot envelopes that reportedly show whether a person voted to recall the governor.

“This has been part of the envelope design for years. The holes serve both an accessibility purpose and a quality assurance purpose after the fact to validate no voted ballots are left unprocessed; an established, recommended practice,” the office said on Twitter Thursday.

“The commonly used envelope design does not interfere with postal or sorting equipment.”

The tweets from the office came after some California voters voiced concern over the holes, with former acting Director of National Intelligence Ric Grenell posting about it on Twitter.

“@GavinNewsom needs to be asked if his team did this on purpose. This is cheating,” Grenell said on Twitter Thursday, accompanied by a TikTok video of a woman voicing concerns over her mail-in ballot.

“This is the sketchy part. This is the crazy part,” the woman says in the video, which has been viewed hundreds of thousands of times.

“You have to pay attention to these two holes that are in the front of the envelope,” she continues. “You can see if someone, from the outside of the mail-in ballot, you can see if somebody has voted yes to recall Newsom. This is very sketchy and irresponsible in my opinion, but this is asking for fraud.”

We don’t know about you, but this “hole-gate” is reminding us a lot of “sharpie-gate.”

One thing we know for certain:

All eyes will be on California.

And any evidence of wrongdoing or corruption WILL be exposed!

Assurance that someone can see who voted YES to recall @GavinNewsom so someone can toss that ballot?

And while I have you, stop sending ballots to dead people and non-residents of California.

The County’s rolls are a mess. Clean them up. https://t.co/mbpvZszArW

. @GavinNewsom needs to be asked if his team did this on purpose. This is cheating. pic.twitter.com/21Ws8MkeT2 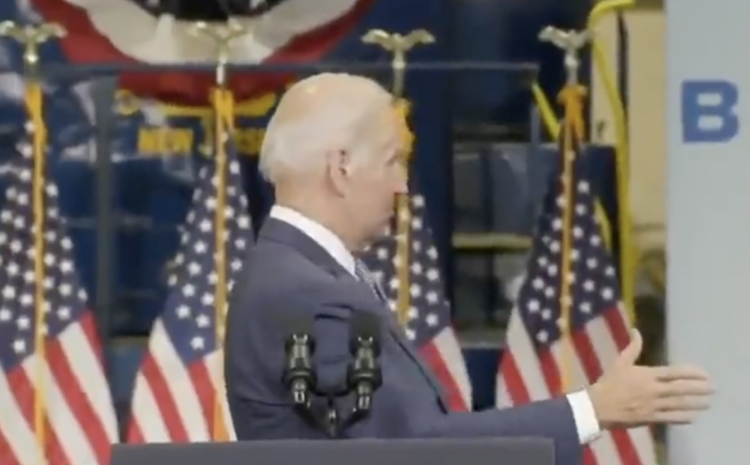