A lawsuit filed in Indiana on Friday against the thugs at Iron Workers Local 395 for bringing goons to the construction site of a Dyer Baptist Church.  The church was using nonunion workers and the unions don’t like that.  Local 395 Business Agent Thomas Williamson Sr. demanded that the nonunion workers be sent away and the job be given to his “family.”  D5 Iron Works President Richard Lindner had advised Williamson on innumerable times that he was trespassing on private property.

After threats didn’t work, Williamson brought in the union goons and they went to work on the nonunion employees, several of whom needed medical attention, including one man who had his eye socket broken and had to have his jaw wired shut..  Because of those injuries,  Local 395 is being sued for three million in actual and punitive damages plus legal fees.

The suit filed against Local 395 states: 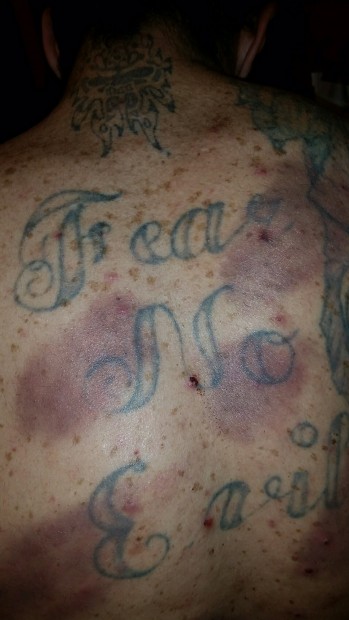 “Weil suffered injuries to his person, including but not limited to having a boot shaped welt mark on his back.  They returned to their vehicles, including the two vehicles owned by Defendant Local 395 and left.”

Unions have been using these tactics for many years and I expect the worse that could happen is a slap on the wrist, with the union paying a small fine.  As to the lawsuit, we’ll have to see.