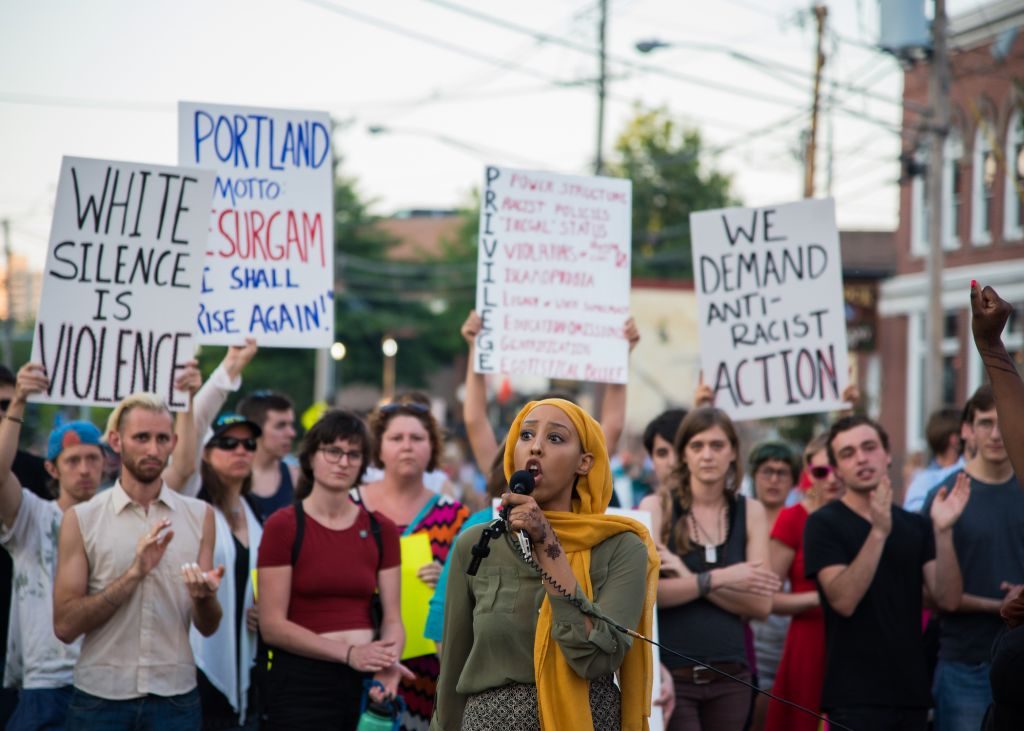 BLM protesters were surprised in Portland, Oregon.  The police found out their plans to rush town hall and were well prepared when the protesters arrived and BLM wasn’t happy about it.  The police arrived at city hall before the protesters and were given orders to physically remove any protester that tried to disrupt city business.  They were pushing people out the door and the ones who continued to try to push their way in, the police swarmed them and placed them under arrest.  The protesters turned violent but they were defenseless against police who were given their rein in booting the BLM.

While the chaos inside ensued the officers outside dealt with the rest of the crowd. It was a bit of a struggle to get the thugs out the door but then they had to manage to close the doors to stop the madness for good.

The protesters fought back by throwing things at the officers and pouring water on them. That’s when the cops had to bring in the big guns.

You can see officers in riot gear rush in from the left and toss in a couple of cans of pepper spray. Needless, to say this cleared the crowd of thugs out real quick. The mob retreated to a safe distance to scream insults at the cops.

This is how you deal with a violent group of BLM thugs, and the best part is, not a single shot was fired so we won’t have to hear the mainstream media attack cops for killing another helpless ‘peaceful’ protester. 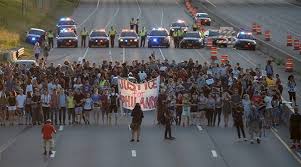