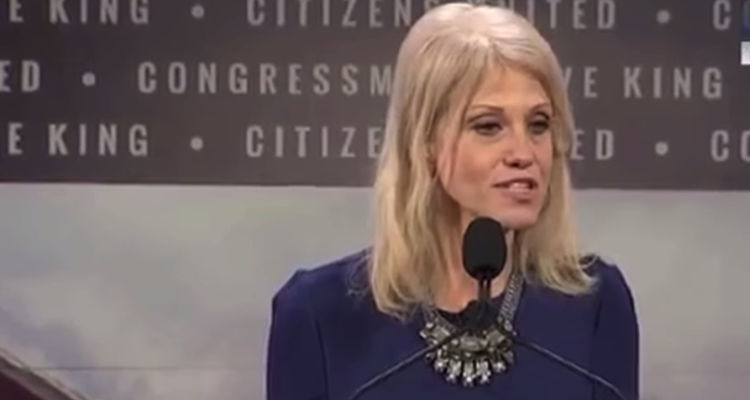 Kellyanne Conway is more than a campaign manager, she is Donald trump’s hit woman.  Her next job could be as a pitch woman for Ginsu knives, the way she slices and dices all the top liberals on TV.  Her latest victim is Bill Maher, who usually claims victory even when he loses.  He cannot make that claim against Conway.  She takes no prisoners.

Kellyanne comes back with the fact that the democratic party is disintigrating and that Hillary is adding to it and that she totally lacks any record of accomplishment and then hits Maher with:

Conway: Look, Bill, you in a one hour show cover more issues and more substance than she covers in a month. She doesn’t talk about issues. When was the last time she gave a speech on taxes, on heath care, on education? She just doesn’t do it.