As California starts a new water measurement cycle—and faces a fourth year of severe drought—another dry winter could be a tipping point for the country’s top agricultural producer.

“This year is crucial,” said Michael Hanemann, professor and environmental economist at the W.P Carey School of Business at Arizona State University.
“A third winter of low rain would be extremely painful,” he said. “If we have one or two dry winters we can get through that. But the lack of water this winter would have a significant economic impact on agriculture that hasn’t been felt before.”

What’s kept some of the pain at bay so far has been the increasing use of groundwater in the state, especially among farmers. 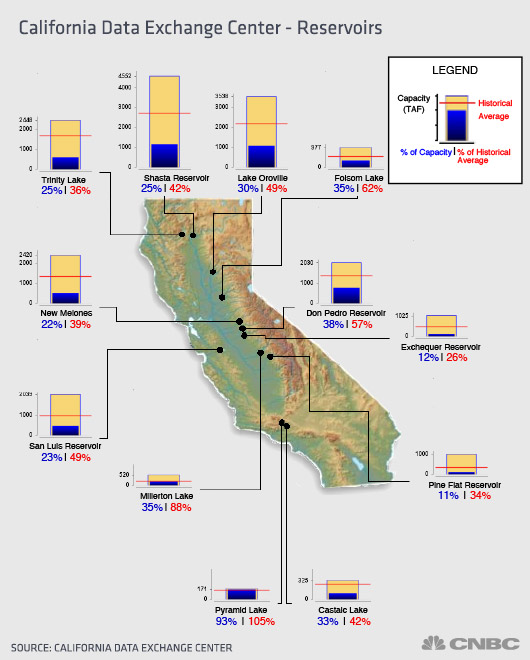 That use, along with crop imports to the U.S., has also kept consumer prices from rising more than they might. 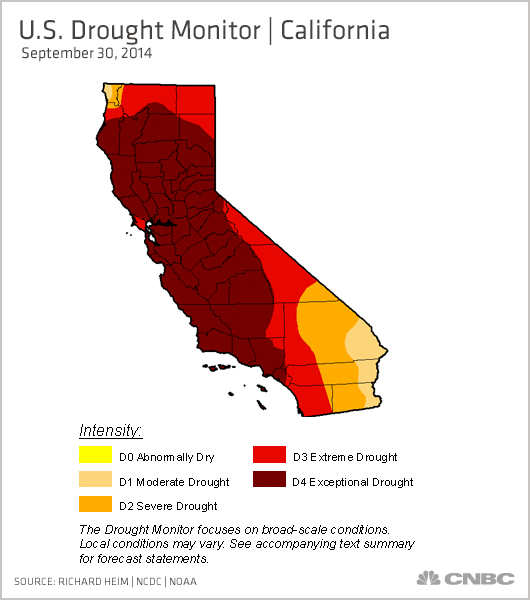 Carlson explained that groundwater is layered in clay and sandstone. Removing the water, he said, not only depletes the resource but often creates dangerous conditions of the earth sinking in on itself, which has already happened in parts of the state.

“Once that subsidence (collapse) happens, it’s lost forever and rainfall won’t replace it,” he said.

An estimated 420,000 acres of farmland went unplanted this year—about 5 percent of the total in the state. The entire statewide economic cost of the 2014 drought is paced at $2.2 billion.

Among the casualties are crop losses in almonds, hay, corn and oranges. The state’s dairy farmers are suffering from lack of water to grow hay to feed their cows.

Even the state’s rice production has been hit. Nearly 25 percent of California’s $5 billion rice crop will be lost this year due to lack of water, say experts.