While the wreckage of the House flame-out on Obamacare continues to litter the political landscape, we must ask, What’s next? Just what, exactly, is THE most critical issue of the day?

The seminal issue of the day is the sanctity of human life.

At its core, the sanctity of life/abortion debate isn’t about “women’s healthcare.” Free contraception. Gender wars. Court cases. Precedent. Or legislation. It’s not even about taxpayer dough.

Quick refresher. “Worldview” is the framework from which we view reality and make sense of life and the world. For example, a two-year-old and Chuck Schumer believe they’re the center of the world. A secular humanist believes that the material world is all that exists. A Democrat believes he/she has a right to your wallet. (A quick overview of competing worldviews can be found here.)

Worldview is where everything else has its genesis. Via Focus on the Family:

Whether conscious or subconscious, every person has some type of worldview. A personal worldview is a combination of all you believe to be true, and what you believe becomes the driving force behind every emotion, decision and action. Therefore, it affects your response to every area of life: from philosophy to science, theology and anthropology to economics, law, politics, art and social order — everything.

That includes the proper role of government. Where taxpayer money goes and why. Who serves on the U.S. Supreme Court. What’s taught in government schools. Which rights some court feels like upholding or dissing today. Who runs for public office and wins. Whose values reign supreme and whose are trampled, ignored or otherwise denigrated.

With regard to the abortion debate, two chief worldviews are in play: A biblical worldview and a secular materialist/humanist worldview. The clash is epic. The stakes supreme.

A biblical worldview is based on the Judeo-Christian ethic as revealed in Scripture. Someone with a biblical worldview believes his/her primary reason for existence is to love and serve God.  Decisions and actions are filtered through a Judeo-Christian ethic. This includes the view that human life is sacred because it is created in the imago Dei. It is one reason why Christians, both Catholic and Protestant, have been at the forefront of the pro-life movement for decades.

Hand in glove with moral relativism, secularist materialism says that nothing other than purely physical causes or processes can be considered when looking at any area of life. It says human beings are nothing more than soulless products of evolution, a chance collection of DNA, cells, and body fluids. If this is so, then human life is not sacred. It is merely a semi-complicated concoction of Campbell’s soup.

Secularist materialism/humanism may get dressed up in PhDs and Ivy League diplomas and such. But this worldview, common among abortion advocates, is basically the mantra of a two year-old. The simplified version goes like this: It’s All. About. Me.

Talk about a “slippery slope.”

The screaming minions at January’s pro-abortion hissy fit thinly disguised as a “woman’s march” may not fully understand the philosophical underpinnings of my body, my choice, or a woman’s right to choose and associated dogmas. But they’re grounded in a secular materialist/humanist worldview+.  It typically looks like: 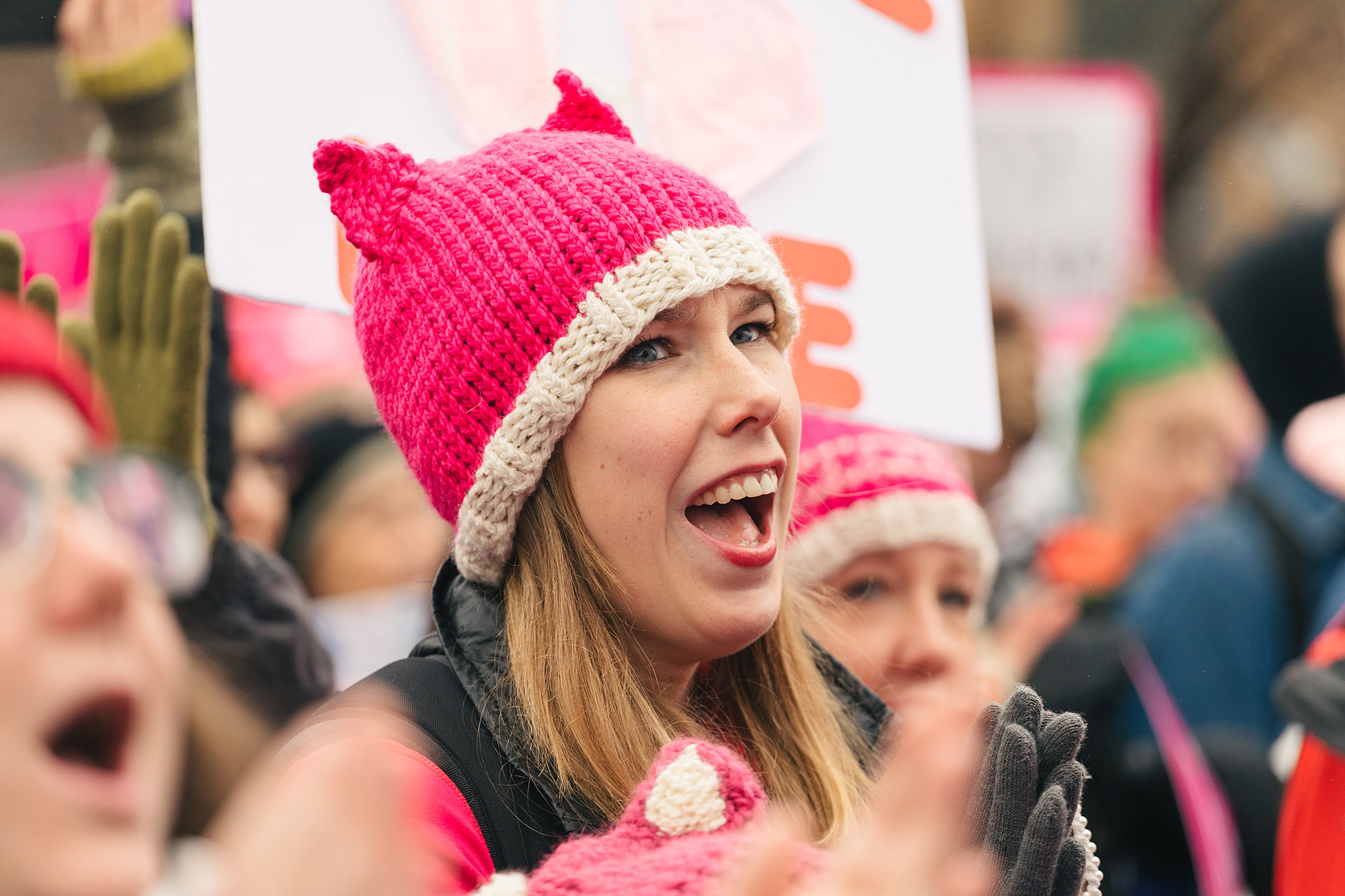 The cognitive dissonance of demanding government-provided contraception and birth control while simultaneously shilling “keep your laws off my body” is galactic. Incidentally, why are some of the same people who are the most rabid “pro-choicers” on abortion also anti-choice on schools, guns, and union membership?

Now, regarding  “a woman’s right to choose.” Have you really thought that through? Because here’s the deal, sisters: If society is unable or unwilling to protect the most helpless and innocent among us, what makes you think your protection is a priority?

While we’re on the subject, ladies, why are your “rights” more important than anyone else’s*? If society is governed by a worldview that says that which is inconvenient, vulnerable or fragile is tossed out, unworthy of legal protection, or otherwise dismissed without consequence, then what’s to protect you from, say, a Sanchez Milian and Jose Montano or a Tommy Vladim Alvarado-Ventura? Once unborn life is cheapened and disposable, it’s only a matter of time before all life is cheap. Including yours.**

Nope, “free” birth control, etc. will not end abortion. Only a shift in worldview can do that. This is why demonizing “pro-choicers” doesn’t work. Why they don’t need more facts and figures. Lectures on anatomy or biology.

What “pro-choicers” need is a paradigm shift. A new worldview.

By the way, this is where I part company with some of my libertarian brethren on the abortion debate. I affirm that the proper role of government should be limited to those critical functions that cannot be performed by individuals or private organizations, such as defense, public safety and infrastructure. I also affirm that a legitimate function of government in any civilized society is protecting the most innocent and defenseless among us: the unborn. (This is also where the nonsensical, lackadaisical “no litmus tests” brand of “Republicanism” – which is a litmus test itself – doesn’t wash.)

So then, why is the sanctity of life  THE seminal issue of the day? The epic dividing line? Condensed version:

As indicated above, the sanctity of human life is the seminal issue of the day because how we treat/view the most defenseless and vulnerable among us – the unborn – speaks volumes about who we are as a nation. What kind of people we are. What type of government we choose. Consider: If we as a society are unable or unwilling to protect and defend the unborn, who’s next? Who decides? Based on what?

Talk about a slippery slope again.

Indeed, as society continues to decay and the biblical worldview upon which essential liberty, personal dignity, and the rule of law are based is eroded, it is the weakest, most innocent and defenseless among us who pay the highest price. Bereft of a sturdy moral compass and essential guiding principles, society fails to behave in a civilized manner. It fails to protect those who need it most: The infirm. The very young and the elderly. The disabled. The unborn. Anyone who can’t fight back.

It means survival of the fittest and the law of the jungle. It means a society teetering on the rim edge of anarchy.

It all goes to worldview. And worldview is at the core of the abortion debate. Incidentally, if we get this wrong, nothing else really matters. Indeed, the sanctity of human life is so foundational, so fundamental to a civilized society that if it is torn asunder, ignored or otherwise trampled, everything else crumbles. It’s only a matter of time.

That’s why the sanctity of life is THE most critical issue of the day. Remember that next time you mark your ballot.

*Be careful with that argument. It’s a very short slide into eugenics and utilitarianism.

**This is also one reason why these little clam bakes tend to be so vile. They’re merely the predictable outgrowth of the worldview they embrace, intentional or otherwise.

This article first appeared on the author’s personal blog, Conservelocity.