Lonnie Franklin Jr is facing murder charges from 1985 to 2007.  He is currently on trial in Las Angeles for the killing of ten women, but they now suspect he may have killed as many as 180 women in that stretch after finding photos in his possessions that show women, many of whom look like they are either drunk, drugged or dead.  For now, the police will be concentrating on just 10 of the murders but will work with the pictures to see if any more of them can be tied to Franklin. 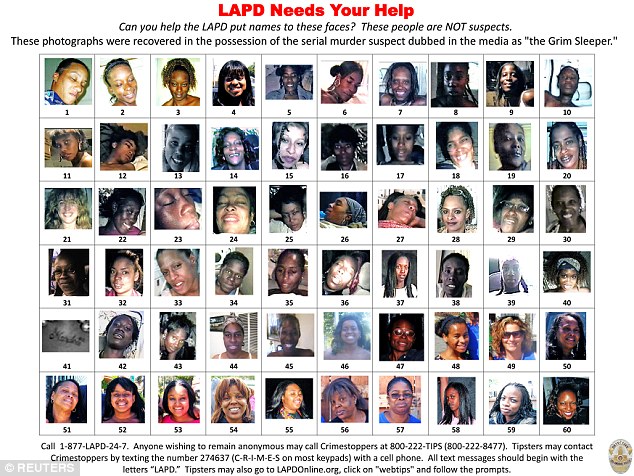 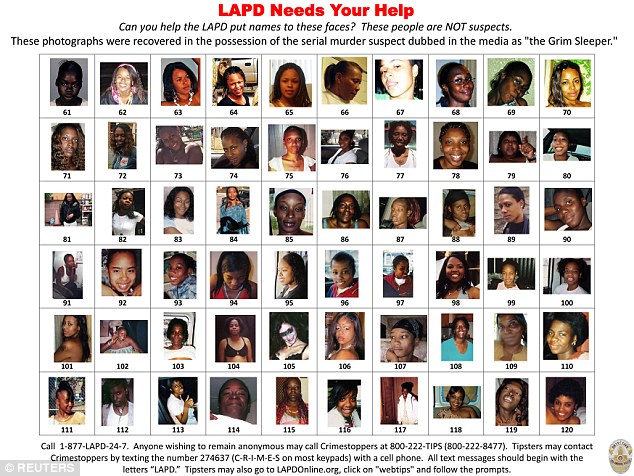 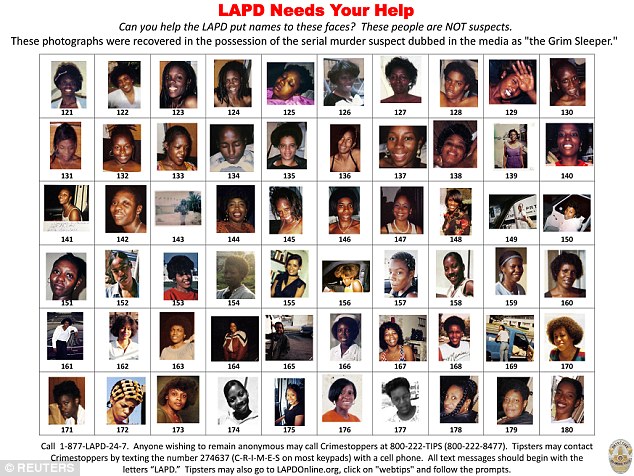 The police are asking for help.  If anyone recognizes a picture of someone who may be missing or someone who is still living, they are asking for you to contact them with that information.Police were able to match DNA through unusual means.  Since they did not have the killer’s DNA on file (They did have Franklin’s since he worked for the police dept but somehow it got thrown out.)

They then worked on finding a partial match in hopes of finding the DNA of a family member.  Franklin’s son had been found guilty on a weapons charge and his DNA was a close match.  An undercover police officer pretended to be a waiter in a pizza restaurant and he bagged up the leftover food to test for DNA.  It matched and Franklin was arrested.

Franklin’s lawyer insists that his client is completely innocent but didn’t explain how his clients DNA got to the crime scenes or why his client had pictures of the women in his apartment.  One of the dead women Franklin is accused of murdering had her picture taken after she was shot in the face.

It is doubtful that Franklin will get off because by all accounts he is not an illegal alien.  Tough break there, Franklin.