Moms Demand Action is about to spend big bucks.

Are they using the money to do something about the massive number of shootings in Chicago? Well, no. That’s never been on their radar.

Are they using the money to try to lower the violent crime rate in DC? Hmmm. No. They don’t seem concerned about that.

Are they using the money to get violent criminals off the streets? No, not really a priority.

How about some TV spots discussing how suicide is not the answer? Not even close.

How about educating people on how to handle guns in a safe manner to avoid accidents. Oh, hell no.

So what are they going to use that SIX FIGURES of money to do, then?

Why to keep law abiding gun owners like you and me from carrying in Kroger stores, silly!

I kid you not, that is their mission! Forget robbers, thieves, and rapists. Forget suicides and avoidable accidents. You and I, who have never committed a crime in our lives, are to be kept out of a grocery store AT ALL COSTS!

Well, you know what they say about a fool and his money…

MDA’s “gun sense” is nothing more than finding ways to take guns away from the law abiding, while lying with a straight face about that mission.

Virginia Citizens Defense League applauds Kroger for their long standing policy of simply letting state and local laws decide if guns can be carried into their stores. A perfect solution.

Thanks to Stephen P. Wanger for the inspiring link for this commentary:

Moms Demand Action’s blitz includes a billboard near Kroger’s corporate headquarters in Cincinnati as well as print and digital full page ads and wraps in both the local Ohio press and national titles like USA Today.

The ads come after the group, backed by a $50 million investment by billionaire Bloomberg , failed to convince Kroger to ask shoppers to leave their guns at home with a petition and social media pressure. The campaign can be seen in full here.

“These images bring into stark contrast Kroger policies that prohibit skateboards, food and a lack of appropriate attire in stores, but allow the open carry of loaded guns,” said Shannon Watts, who founded Moms Demand Action — now part of Bloomberg’s Everytown umbrella organization — the day after the Sandy Hook school massacre. [PVC: This from a woman who doesn’t know which end of a gun the bullets comes out from. She also thinks that guns have NEVER been used by a citizen to defend themselves.]

“This inconsistency is particularly shocking given that the laws in a majority of states do not require a background check, permitting or even training to open carry a firearm. In all states, but especially those where gun laws are lax, businesses have an obligation to protect their employees and patrons.”

Kroger has issued one statement on their firearms policy to date, saying:

The safety of our customers and associates is one of our most important company values. Millions of customers are present in our busy grocery stores every day and we don’t want to put our associates in a position of having to confront a customer who is legally carrying a gun. That is why our long-standing policy on this issue is to follow state and local laws and to ask customers to be respectful of others while shopping. We know that our customers are passionate on both sides of this issue and we trust them to be responsible in our stores.

Retailers that have so far asked customers to leave guns outside their establishments following lobbying by Moms Demand Action include Target, Starbucks and Chipotle.

The Right to Keep and Bear Arms is a fundamental human right. Visit: www.vcdl.org

A Seven Year Old Boy and His... 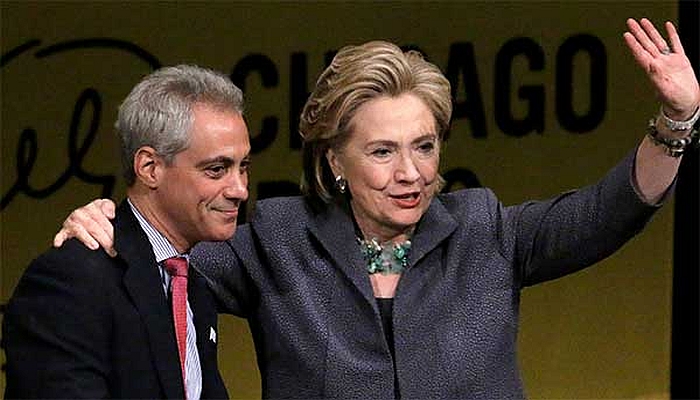