I watched the words being said by Lt. Colonel Ralph Peters and then rewound the program to make certain he did in fact say them.  The Colonel is among the first to admit publicly on record that there appears to be something very wrong with the current President of the United States…

Whispers of Barack Obama’s detachment from the world around him, and certainly the obligations of the office he holds, have long surrounded him.  Now, with so many hot spots flaring up around the world, including the two recent and horrific be-headings of two American journalists, that detachment is being viewed by a growing number as something clinical – a situation by which the current President of the United States is mentally and/or emotionally incapable of carrying out the duties of his office: 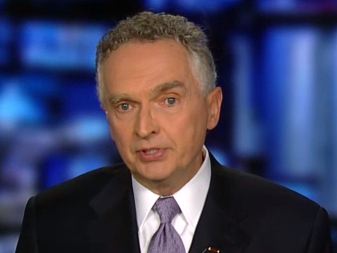 “I’m starting to feel like he can’t make a decision, that we have a president who has a real psychological problem, that he can’t face responsibility.”

“We may just have a president who is just incapable of rising to the challenges of the office.”

Colonel Peters explained how President Obama has been receiving daily security briefings on the ISIS threat for over a year – briefings Barack Obama has not attended.  Now the president and his administration are attempting to blame their getting “caught by surprise” at how effective and dangerous ISIS has become on “bad intelligence.”

In the meantime, ISIS continues to threaten yet more killings, having been recently been given assurance by Barack Obama himself that the U.S. military “doesn’t have a plan” of what to do with them.

What Barack Obama does have a plan for though, is more fundraising and more golf…