When it comes to protecting school students and staff, Idaho school teachers are one step closer to strapping on a weapon to defend the innocent from armed attackers.  According to KREM2-TV an Idaho school district passed a measure that permits trained teachers to carry a concealed weapon in a classroom setting.  School leaders of Mountain View School District, felt it was crucial to armed teacher in the very rural school district.

Imagine if you were a parent in the school district that is the sixth largest school district by land in the continental United States and there were no resource officers available to handle outbreaks of violence.  Teachers in Texas, Colorado and other states are confronting similar dilemmas.  Armed teachers in this district are the best first line of defense in case of violent emergencies.

Gun control activists have been railing against the idea of arming teachers for years, but their arguments often fall on deaf ears when a parent or a teacher has to consider the safety and security of their child or student.  Based upon the measure staff members who volunteer to be armed have to receive an enhanced concealed weapons license from the state.

In addition, the potential armed staff member has to undergo a physical as well as mental evaluation.

Fortunately, the new armed staff members do not have to go into their own pocket to purchase firearms. The school district will provide the new “security officers guns which will be carried concealed or stored in a district approved lock box, according to KREM2-TV.

For those parents, and staff who may have some reservations about new gun carrying security officers acting improper, the district has the authority to strip a school security officer of their duties and firearm at any time.

As of 2013, according to NBC News there were already 18 states that allow adults to carry loaded weapons onto school grounds with few or minor conditions:

Several years ago, an Idaho school district measure to arm teachers and staff surfaced but met  a fierce backlash of opposition to the Lake Pend Oreille School board in Sandpoint.  At that time, the proposed measure faced over 90 percent opposition from district teachers. 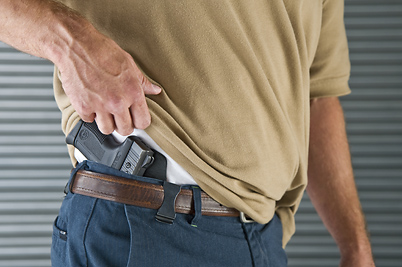 Everything That Will Happen and How You...

The Five Actions Trump Can Take to...