One of the hardest jobs parents have is trying to educate their kids on subjects like safe sex.  And as you will see later, demonstrations can be a bit embarrassing for the parent as well as the child. But it’s better that you teach them than for them to learn in school that every perversion is normal and to be exalted rather than rejected by decent people.

Having any sort of birds and bees talk is awkward enough, but one group of parents went the extra mile for humiliation by discussing birth control on camera for a funny new video.

Recorded by Cut.com, the parents sit down with their kids — who appear to be elementary school ages to high-schoolers — to educate them on various forms of birth control.

The uncomfortable yet funny clip features plenty of blushing, a few mispronounced bits of anatomy, and a surprisingly deep dive into specifics when it comes to preventing pregnancy.

Opening a female condom, he asks his mom, ‘So you put this thing in the vaginya?’ Despite mispronouncing the word, though, he is shockingly adept at getting the male condom onto the banana.

Later, the mother explains other ways adults can get sexual gratification without penetration, like by having ‘outercourse’ or ‘some guys rub their penis between the woman’s breasts. Especially if they push the breasts together.’ 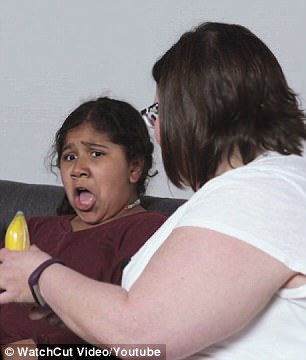 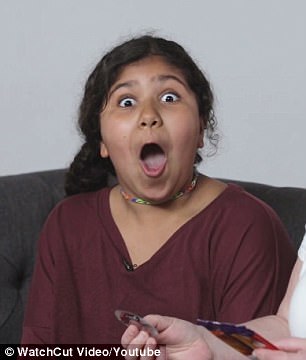 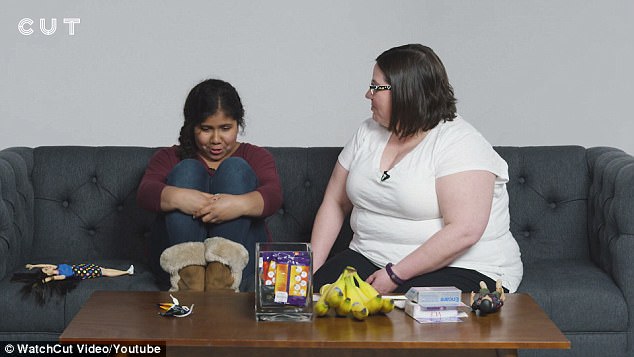