Vladimir Putin has sent the Russian warship the Admiral Grigorovich frigate – armed with cruise missiles and a self-defense system to the Mediterranean Sea to face off against the two US ships that fired the approximately 50 Tomahawk missiles at the Syrian airfield from which the sarin gas bombs were deployed.   If he is trying to instill fear on the US, he is sadly mistaken because President Trump has one thing at his disposal that Russia cannot begin to match.  That’s Gen Mattis, who is best described as Gen George Patton on steroids.  Every morning Satan awakens and says “Oh shit, Mattis is awake.”

It will pass through the east Mediterranean waters where the USS Ross and USS Porter fired the 59 Tomahawk missiles that pounded Assad’s al-Shayrat military airfield near Homs in the early hours of Friday.

Putin today called it an ‘illegal act of aggression’ and also ripped up an agreement to avoid mid-air clashes between Russian and US fighter jets over Syria.

In the continuing fight back Russian or Syrian planes also bombed the town of Khan Sheikhoun, the scene of Tuesday’s horrific chemical gas attack where 80 died, witnesses in the rebel-held area claimed.

The US was also branded ‘a partner of ISIS’ by al-Assad’s spokesman, calling the missile strikes ‘reckless and irresponsible’ and accused Trump of ‘naively falling’ for a ‘false propaganda campaign’ about the Idlib Sarin massacre.

Today world leaders praised the US strikes and urged Putin to hold urgent talks with Trump to prevent the Syria crisis escalating into a wider world conflict.

French Foreign Minister Jean-Marc Ayrault, speaking alongside German Foreign Minister Sigmar Gabriel, said: ‘We do not want an escalation. We have to stop the hypocrisy. If Russia is acting in good faith it should stop and negotiate’. 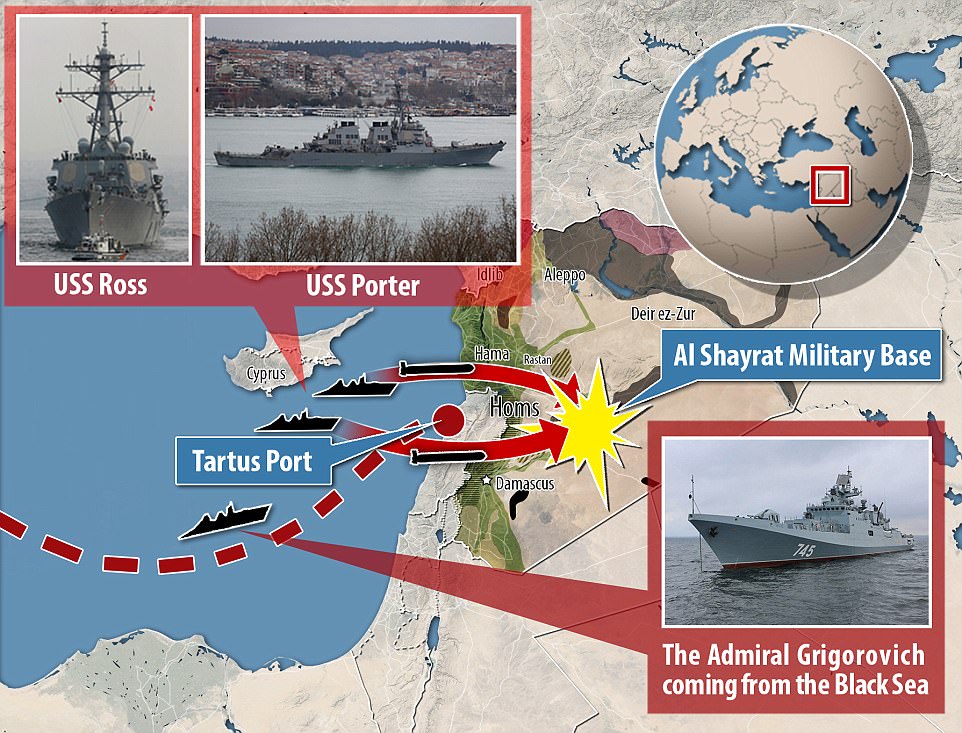 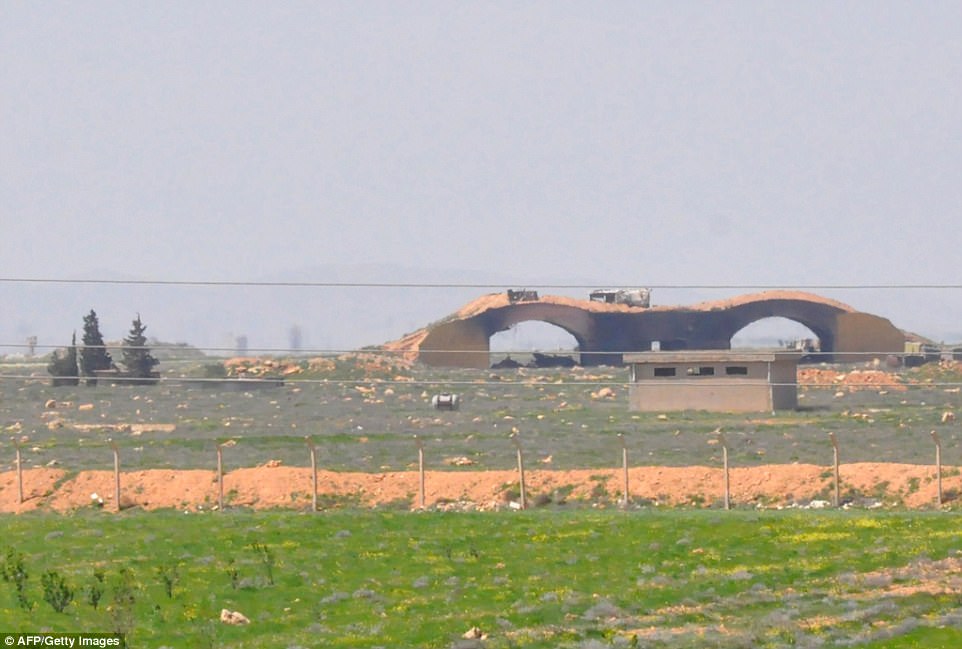 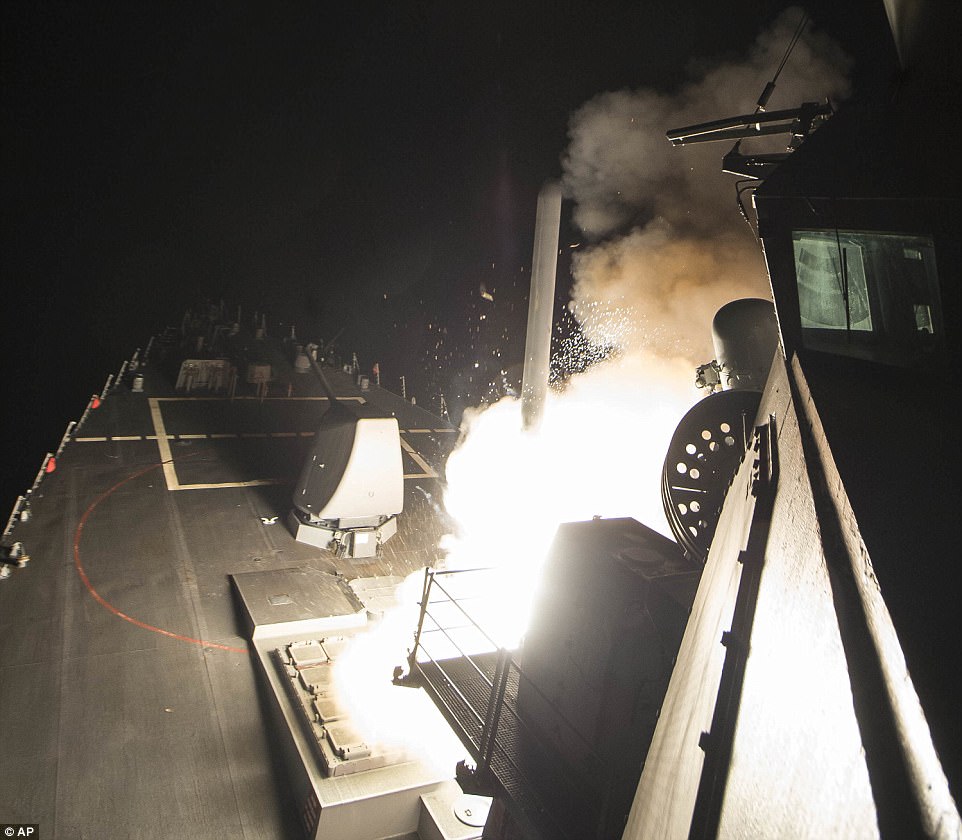