Every year, you hear about the rise in domestic violence during the Super Bowl. Whether it is fact or fiction, there is a culture of sex and sports, and it always isn’t good. 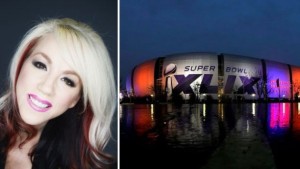 Annie Lobert tells her story as a sex trafficking survivor to FOX News and has some interesting facts.

Though Super Bowl-related sex-trafficking statistics are few, the available statistics on sex trafficking in the United States and across the globe are startling.

* Sex trafficking is a $32 billion a year industry in the U.S., victimizing between 300,000 and 400,000 American children every year according  to the U.S. Department of Homeland Security.

* Globally, the International Labor Organization estimates that there are 4.5 million people trapped in forced exploitation.

What is most important to note is that much like it is in Las Vegas, trafficking is happening in every city across the United States, 24/7, 365 days a year. Wherever there’s a Smartphone, computer, strip club, or massage parlor, trust that sex is being sold to those who demand it. And if sex is being sold, sex trafficking going on at the same time. It is literally happening everywhere, all of the time.

While the subject is distasteful to Super Bowl hosting cities, many do adjust their policies on prostitution during the event. And while Lobert admits there isn’t a lot of concrete evidence to support increased sex trafficking during Super Bowl weekend, she says her experience in the field more than supports it, and reports to seeking from 10 to 30 men a night.

It’s Loberts mission to raise awareness, and hopefully bring it to an end altogether.

So instead of jumping on an “awareness campaign” during the Super Bowl let’s all be pro-active and learn more about the trafficking going on right now—in and around our cities. While awareness campaigns to “stop trafficking” are great, they don’t solve the issue. There is so much more work to be done.