Police in Stockholm, Sweden say a terrorist attacker drove through a large crowd of pedestrians near the Åhlens shopping centre on the Drottninggatan pedestrian street in the Swedish capital.  Hundreds were seen running from the scene and early reports say that at least three people are dead.  Police sources say it is likely a terror attack.  CNN will have a full report this afternoon on why it’s President Trump’s fault.

The vehicle drove into crowds on Drottninggatan (Queen Street) – one of the city’s major pedestrian streets, just before 3pm local time, before crashing into Åhlens Mall.

A number of people have been injured, with unconfirmed reports of at least three people killed.

Stockholm police confirmed they are dealing with the incident – which is being treated as a suspected terror attack according to local media.

Armed police remain on the scene, and the area has been cordoned off.

Reports have also emerged of a secondary incident – a shooting – in a separate area of the city.

Reports on social media suggests the public subway system has now been stopped in the city.

Reports also say that gun shots were fired but it is not clear whether they came from the terrorist or the police or both.  Besides the three reported dead, there are many more who were injured but the number and the severity of the injuries are not yet known. 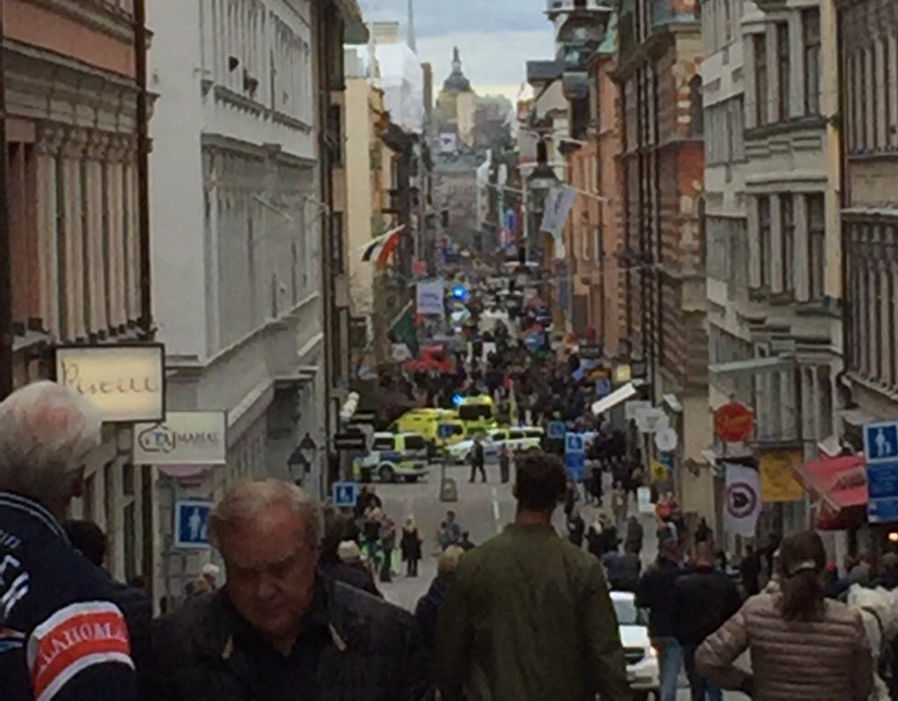 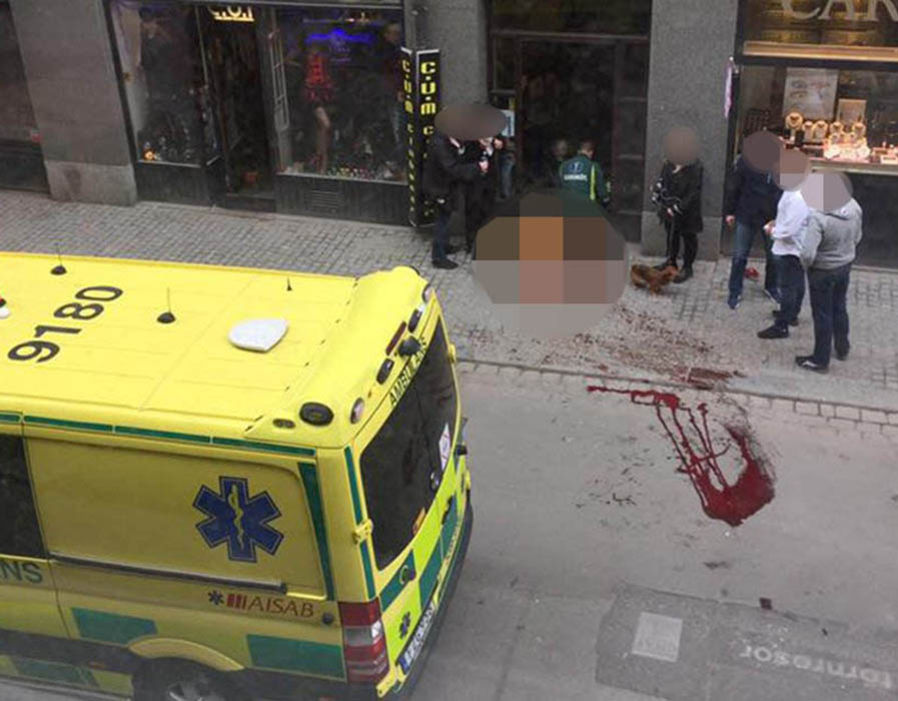