One of the least noticed, but most dangerous calls a police officer can respond to is the Domestic Violence call. The officer never knows what to expect and sometimes the most peaceful looking residence can suddenly catch you unaware and put yours or another life at risk. That was the case last night in Englewood, Florida.

Sheriff Bill Prummell told reporters that about 8:10 pm last night, deputies responded to a domestic violence complaint on Markham Street following a 911 call. During the call, a male could be heard in the background threatening police officers. When deputies arrived, they noticed a male in the woods on the left side of the house armed with two knives, one of which was very large. 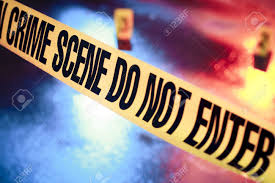 The Sheriff said the man advanced on the deputies with the knives held in a threatening manner and refused to stop when ordered to repeatedly. Finally one of the deputies opened fire striking the man several times. The deputies then rendered first aid until the ambulance arrive but the man succumbed to his wounds.

The Sheriff declined to disclose an address where the events transpired and identified the subject only as Jacob Tolby, a white male. Sheriff Prummell said the department had no previous contact with the subject other than for a dog complaint and a fire. Mr. Tolby did have a minor record for petty theft in Wisconsin according to the sheriff.

Both deputies were unharmed in the event but have been placed on administrative leave, as is normal, until the investigation is completed. Sheriff Prummelll requested that everyone keep both the family of the man as well as the officers in their thoughts. No officer ever wants to have to stop someone with his firearm, but the fact is that if you are ordered to stop and to put a weapon down but refuse to, you are likely to get shot and you may in fact die because of the choice you make.

I personally lost a good friend in just such a situation. he was responding to a domestic violence call when he was met at the door by a man holding a .38 cal revolver. Before he could do anything the man shot him in the neck. He left a wife and two very small children behind.