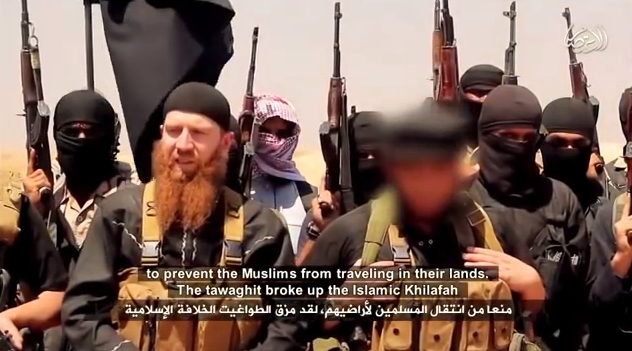 Earlier this month, a former ISIS/ISIL fighter and bodyguard, after seeing the reality of ISIS’s absolute brutality, planned his escape by becoming a bodyguard to one of the group’s most notorious wanted leaders and gave an interview to RT of the brutality of ISIS.

The former ISIS fighter had spent a year in Syria, protecting one of Islamic State’s most wanted leaders, but later managed to escape and sat down with RT and recounted the horror he witnessed.

In order to hide his identify and fearing for his life, in the interview, he went by the name of Zurab.

Like many who have left their homelands in Europe and other parts of the world, were seduced by the propaganda videos that ISIS has been spreading all over the internet. For some, they found out the hard way that the life of an ISIS fighter was not all that glamorous.

He told the RT interviewer in part by saying, “They were extremely brutal, killing women and the elderly who did not obey them. They abused and mutilated their dead bodies. They cut up the corpses, tied them to the back of the cars and dragged them along. Christians were killed on the spot… without a word spoken.

“They would find them and publicly execute them. I witnessed many executions,” Zurab said.

Zurab became the bodyguard of Abu Omar al-Shishani, a notorious ISIS leader. Al-Shishani orchestrated hundreds of suicide attacks, including scores executed by jihadists from across the globe and was listed by the U.S. Treasury department as global terrorists.

A week ago, it was reported by the propaganda arm of the Islamic State that Al-Shishani who was the elite Islamic State commander and earned international infamy, was killed fighting south of Mosul.