Although final figures won’t be known until the year ends, the International Organization for Migration (IOM) has released a summary report for immigration into Europe for 2016, confirming that Italy is now Europe’s number one recipient of migrants. 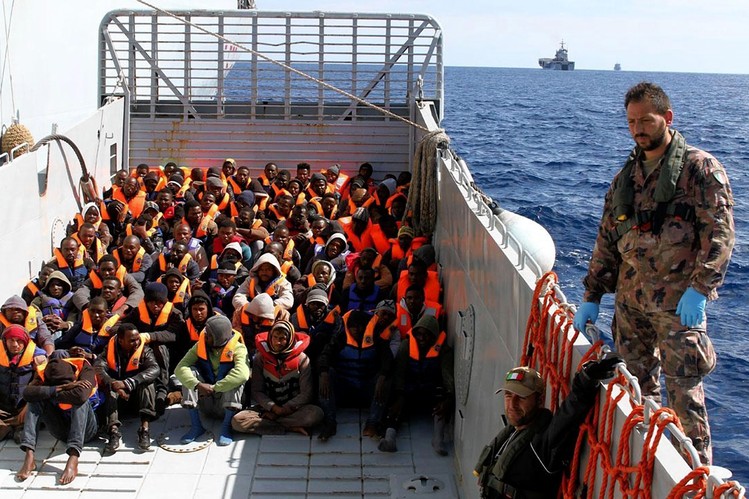 Most of the migratory shift has been due to a deal between Turkey and the European Union (EU) in March of 2016, which effectively sealed up the so-called “Balkan route”—the previous path of choice for those attempting to reach Europe.

The shift from Greece to Italy has also consisted of a major change in the demographic make-up of arriving migrants. Whereas migrants and refugees journeying from Turkey into Greece were primarily Syrian (46.6 percent), Afghan (24.2 percent) and Iraqi (15.2 percent), the migrants reaching Italian shores have been overwhelmingly African, with Nigeria in the first place, followed by Eritrea, Guinea, Côte d’Ivoire, Gambia, Senegal, Mali and Sudan.

The composition of new migrants also underscores the fact that nearly all new arrivals are economic migrants looking for a better life and benefits in Europe, rather than refugees fleeing wars and crisis situations.

The majority of the migrants are males (71 percent) and according to Professor Anna Bono of the University of Turin, an expert in African migration, most are young and belong to the middle class.

“In the countries of sub-Saharan Africa there are advertisements inciting people to go to Italy, explaining that everything here is free,” she said.

More disturbingly, Nigerian traffickers are exploiting Europe’s migrant crisis to take girls across the Mediterranean into Italy to sell into prostitution.

In the past two years, more than 12,000 girls and young women have arrived in Italy—six times as many as in the preceding two years. Of these, four out of five (79 percent) have wound up in prostitution.

Currently, half of the prostitutes in Italy are Nigerians.