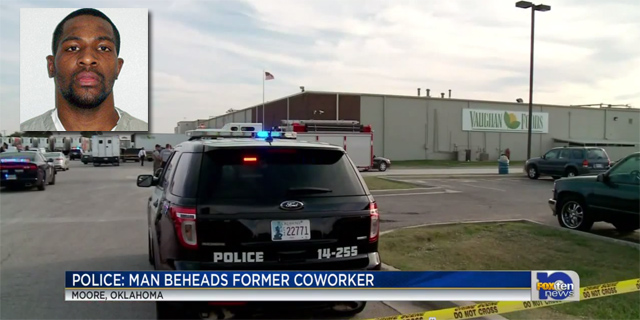 Alton Nolen beheaded a coworker in 2014. Then he asked for the death penalty, citing his faith, but the judge delayed her decision.

A man who beheaded a coworker in 2014 pleaded guilty to murder and requested execution. However,the judge in the case is proceeding cautiously and reserved judgement pending an assessment by a state psychiatrist.

Alton Nolen, a convert to Islam, beheaded a co-worker at a food processing plant in Oklahoma City on September 25 after his employer fired him. His Facebook page frequently expressed support for the Islamic State terrorist group, Osama Bin Laden and other violent jihadists.

During his hearing he reportedly rambled about his faith, tried to fire his state appointed lawyers, prayed and called the judge a heathen and a pagan.

“I’m being (held) captive to the disbelievers of Allah, the one and only God,” Nolen reportdly told the court “It’s part of my religion that when death faces you, you do not back down.”

His lawyers plead insanity, arguing he did not understand the court proceedings.

The judge ruled him competent to stand trial.

“The judge is being very careful making