The police responded to a report that a group of people in Philadelphia had come to fight each other.  An unnamed female officer was in the process of arresting someone, when a 16 year old girl interfered with the arrest and knocked the officer’s glasses off.  The officer knocked the girl to the ground and started feeding her asphalt.

The teenager was later charged with assaulting a police officer and disorderly conduct.

The video begins with the officer trying to push the girl away from crowds.

She was filmed pointing her finger in the teenager’s face while holding up her baton in the other hand.

The camera briefly panned away from the pair but returned to show the officer throwing the girl to the ground.

She then straddled her and hit her repeatedly in the face.

Others at the scene frantically shouted: ‘Film this!’ as the officer continued to hit the girl. 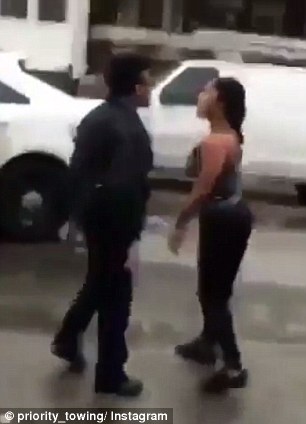 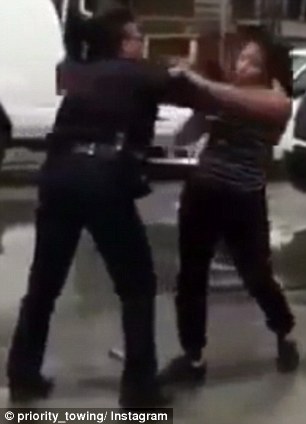 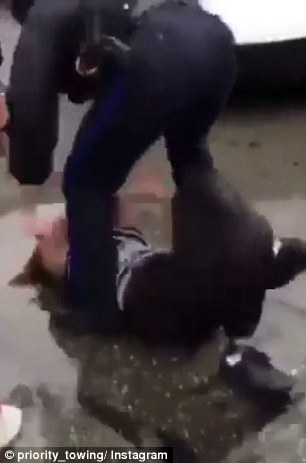 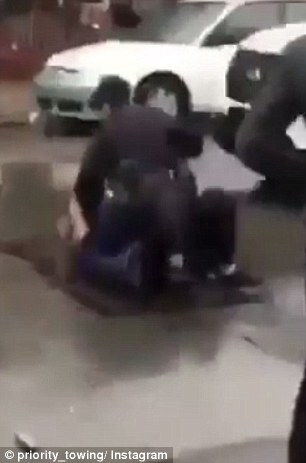