This is a compilation of the most unlucky people in the world.  They will make you believe your problems are mild. 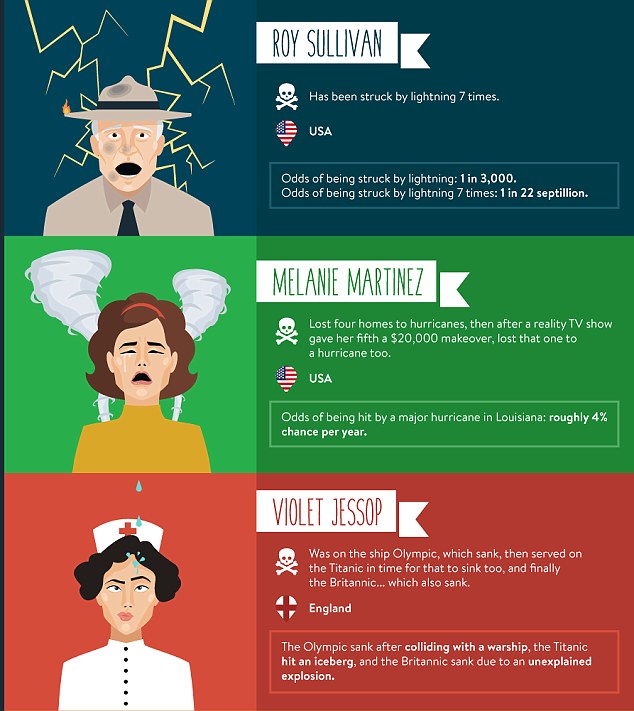 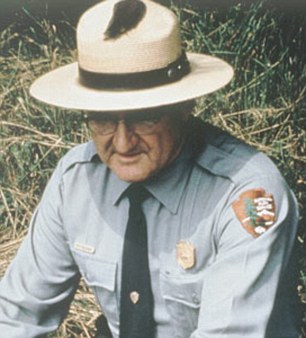 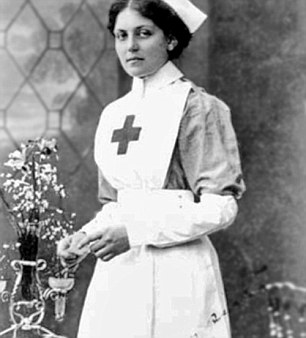 Roy Sullivan was hit by lightning seven times – a chance of 1 in 22 septillion. Violet Jessop, who was on board the Titanic, worked on two other ships that sank 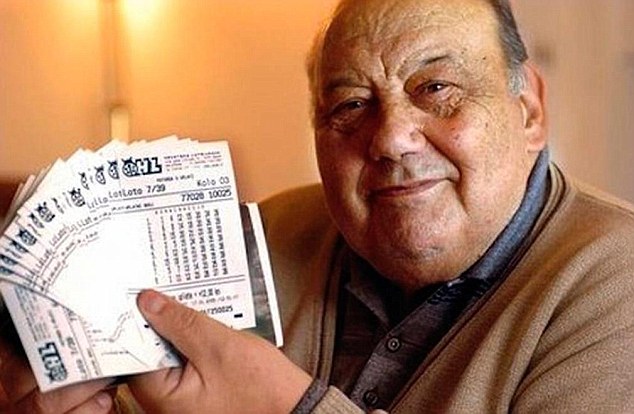 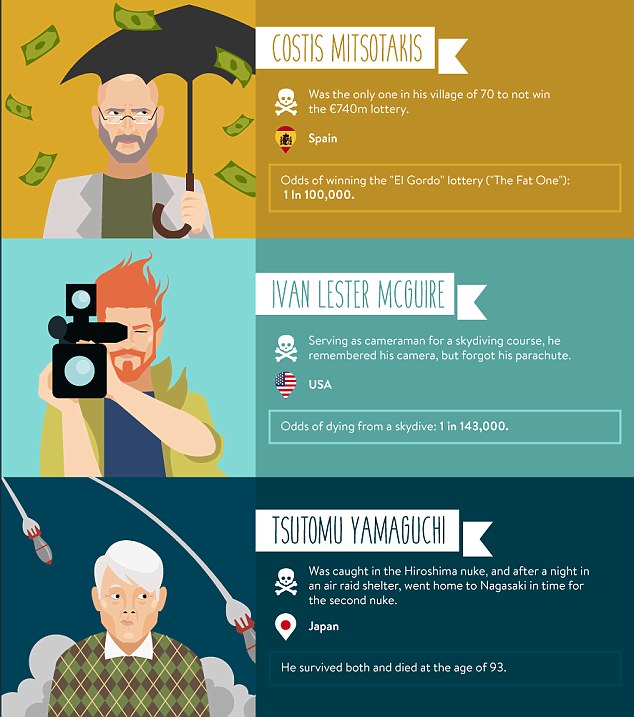 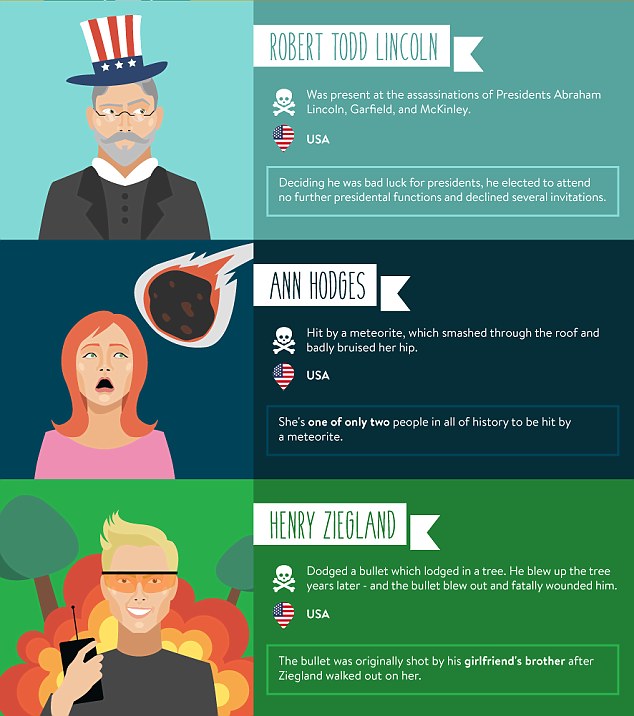 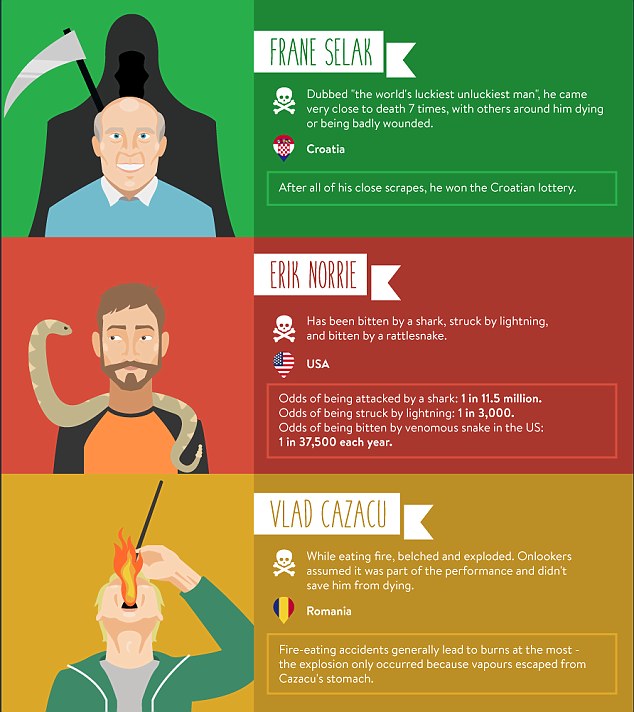